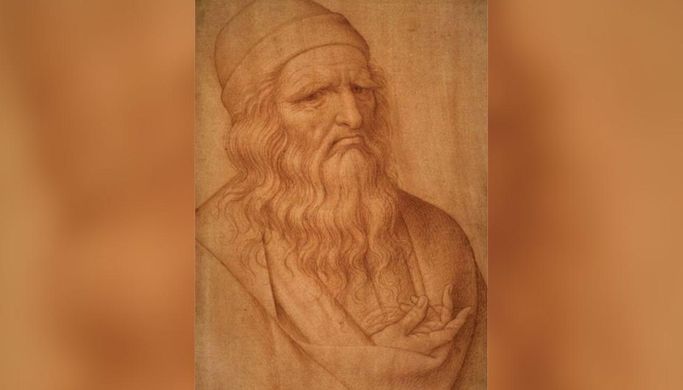 Two Italian doctors have advanced arguments to counter the widely accepted conclusion that Leonardo da Vinci suffered a stroke, paralyzing his right arm, some five years before his death in 1519.

Davide Lazzeri, a plastic surgeon at the Villa Salaria Clinic in Rome, and Carlo Rossi, a neurologist at the Hospital of Pontedera, base their claim on an analysis of a portrait of the artist showing a right hand typical of ulnar palsy.

Commonly known as “claw hand,” the condition is the result of traumatic damage to the ulnar nerve, which runs from the shoulder to the little finger.

As a consummate anatomist, Leonardo himself was almost certainly aware of the ulnar nerve, which controls the hand’s fine motor movements.

The doctors, whose article appears in the Journal of the Royal Society of Medicine,  believe Leonardo was struck with ulnar palsy as a result of a fainting episode.

The hand of a stroke victim is typically clenched, the doctors noted, adding that Leonardo’s physical weakness was not accompanied by any cognitive decline or further motor deterioration.

Leonardo was essentially left-handed–he was never discouraged from using his left hand as he would not go to school, having been born out of wedlock. He was ambidextrous enough to even write with his right hand, but he clearly favored his left. In fact, the slant of the hash marks used for shadowing has often been cited as major evidence of his authorship of unsigned drawings. Also, he wrote most of his personal notes backwards–mirror writing, which is a rare ability more prevalent in left-handers.

The doctors suggest that Leonardo’s disability may have prevented him from completing the Mona Lisa.

This hypothesis is impossible to prove, however.

Leonardo continued working on the painting while at the Clos Lucé in Amboise, France, as the guest of King Francis I from 1516 until his death in 1519,  according to historian Stéphane Bern.
Asked whether Leonardo considered the work finished by the time he died, Bern told Lovin’ Leonardo: “We will never know. Leonardo da Vinci’s mysteries are as pleasing as his genius.”
Leonardo was notorious for not finishing projects, and once wrote: “Art is never finished, just abandoned.”